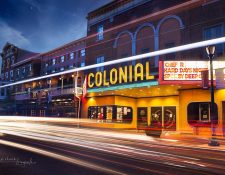 If you’re looking for a different form of media entertainment and not your everyday primetime television, Netflix, or SNL, there are some new and exciting Broadway shows and podcasts on the horizon.

Forest Whitaker is making his Broadway debut as a hustler in a version of Eugene O’Neill’s original drama (Starts Feb. 5th).

Musician Sara Bareilles (she sings “Brave”) makes her first Broadway appearance in a story about a young wife who takes up baking to escape an abusive marriage (Starts March 25th).

Popular podcasts for a road-trip or commute:

This podcast by Starlee Kine is pretty much Law & Order in a  podcast formation but with non-violent mysteries.

The interface between technology and humanity is explored in this podcast hosted by PJ Vogt & Alex Goldman.

A linguistics podcast that is more exciting than the study of linguistics itself. It dives into modern topics like emojis and is hosted by Helen Zaltzman.

You can insure just about anything. This video explains Liability Umbrella insurance.